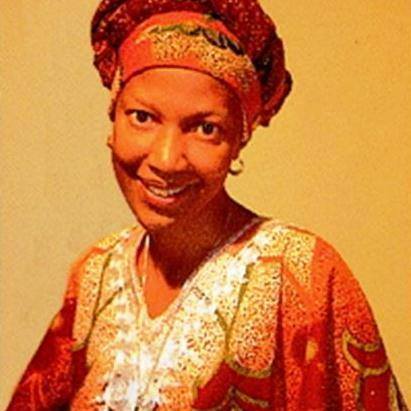 Thea Bowman is an unlikely figure to be associated with the Diocese of La Crosse.  But, thankfully, she is.

Thea grew up in Yazoo City, Miss.  Her grandfather had been a slave.  She was raised a Methodist until the age of 9 when, by her persuasion, her parents agreed that she could become a Roman Catholic, a faith revealed to her by missionaries dressed in full-length black habits and veils.  They were teachers at the black Catholic school opened just as Thea was entering the sixth grade.  The Franciscan Sisters of Perpetual Adoration had come to Mississippi from La Crosse to do one of the things they did best: inspiring children to learn. (I can speak from personal experience because they were among my elementary school teachers as well.)

When she was 15 Thea established the link to the Diocese of La Crosse when she enrolled at the Sisters’ high school 900 miles north of her home.  Her arrival in La Crosse made news.  The diocesan newspaper identified her as a ‘Negro aspirant.”  Thea studied literature at Viterbo College and in 1958 became the first black Sister in the FSPA community.  She was often the first black person many of her associates had ever met.

Unfortunately, Thea also has a fleeting connection to Central Wisconsin.

In 1955 she tested positive for tuberculosis and was taken by ambulance to a sanatorium in Stevens Point operated by the Sisters of St. Joseph of the Third Order of St. Francis. She would return to Stevens Point in 1983 to accept the first Justice and Peace Award from Bishop Freking of the Diocese of La Crosse.  (That event, commemorating the murder a year earlier of Christian Brother James Miller became an annual observance.  Blessed James was beatified in December 2019.)

Sister Thea went back to Mississippi to teach elementary and high school students, and to endure hostility toward a black nun living with white nuns.  The nation’s racial injustices would become a more central part of her life as she pursued graduate studies in literature at Catholic University in Washington, D.C.  A black friend’s suicide and the strife of the 1960s jolted her toward a more profound awareness of her identity and her role in her religious community and the Church.  Finished with her studies, Sister Thea returned to La Crosse as a professor of literature at Viterbo.  Her ministry, however, extended beyond the classroom as she introduced students and audiences far outside La Crosse to African American music and culture, and the harsh realities confronting black citizens.  For example, Sister Thea accompanied college students on spring break trips to Mississippi where they encountered separate black-white facilities and stayed with black families.

Asked often about “the race problem” when she was back in La Crosse, she offered a presentation in July 1963 on “Negroes,” the terminology of the time.  “Naturally, whites fear change, and they also are afraid the Negro will weaken American culture.  These fears are not artificial, they are founded in facts,” she said.  “Negroes fear white dominance because they have experienced it.  They fear rejection.  They are barred from advancement.  They cannot fulfill basic needs.”

Sister Thea’s influence had just begun to blossom.  In time she would be profiled on “60 Minutes” and speak to a gathering of all of the bishops of the United States.  TL